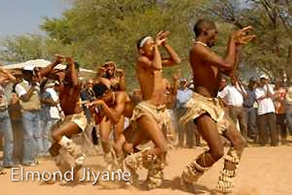 Like most of the subcontinent’s initiatives, the development of TFCAS and transfrontier parks, otherwise known as Peace Parks, is being fuelled by 2010 fever and the perceived shot in the arm of the Soccer World Cup.

That said, the timing of the TFCA’s “coming of age” is more fortuitous than fabricated, and an initiative that will secure the conservation and sustainability of some of southern Africa’s most important ecosystems. In the process, they will be-come among the world’s premier tourism attractions.

Last year, the ministers responsible for environmental and tourism affairs of the Southern African Development Community’s nine countries participating in the TFCA initiatives – SA, Botswana, Angola, Namibia, Lesotho, Mozambique, Swaziland, Zimbabwe and Zambia – established a unit tasked with speeding up the process of establishing the parks, stimulating investment and marketing them.

In February, the ministers met in Gauteng to discuss the launch of a brand intended to promote awareness and marketing of the TFCAs. This is due to happen at Indaba on May 10.

What are TFCAs and peace parks, and how will they benefit tourism? Transfrontier/peace parks are the linking of parks across national boundaries to form a single protected area. TFCAs are somewhat less precise, and are defined by a Southem African Development Community protocol as an “area or component of a large ecological region that straddles the boundaries of two or more countries, en- compassing one or more protected areas as well as multiple resource use areas”.

The basis of a TFCA is the concept of member countries promoting the conservation of shared wildlife and socioeconomic development through ecotourism and related activities. The driving force behind the TFCA initiative is the Peace Parks Foundation, set up in 1997 by millionaire industrialist Anton Rupert. Underpinning this is belief that nature-based tourism benefits impoverished communities living in or around the parks.