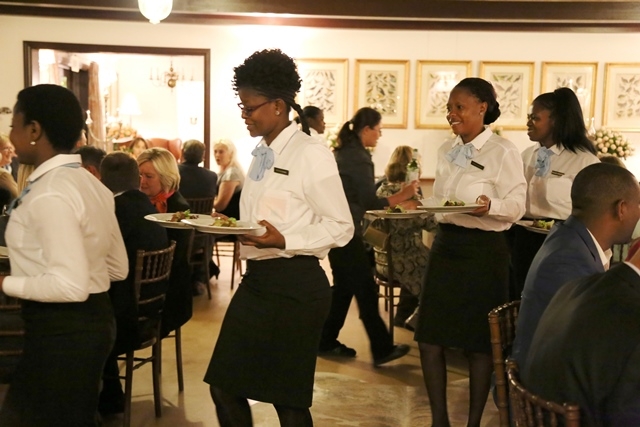 The Board of Trustees of the Anglo American Chairman’s Fund Trust has announced that the fund will donate a further R350 000 to SA College for Tourism. Anglo American’s involvement, through the Chairman’s Fund, with the college dates back to 2009. Funding from the fund was and continues to be utilised by the college for the deployment of graduates within the tourism industry, South Africa’s fastest growing industry.

As a fully accredited private further education and training institution, SA College for Tourism has, since its inception in 2001, trained over 1 100 unskilled and unemployed young women from rural communities in hospitality service skills. With the assistance of Peace Parks Foundation, under whose auspices the college operates, and with the assistance of its donor community, of which Anglo American is a much appreciated member, more than 90% of these young women have, upon their graduation, been placed in full-time employment or in paid internships within the hospitality sector of the tourism industry and more specifically in and/or adjacent to the transfrontier conservation areas or peace parks of southern Africa.

In a tribute to the Anglo American Chairman’s Fund, Gaynor Rupert, chairperson of SA College for Tourism, expressed her heartfelt appreciation for the huge impact the fund’s support has on the lives of the young women who graduate at the college each year. Said André Kilian, executive director of SA College for Tourism, “Anglo American’s support of the college over the years has become more than just the money received, however important that is. I am thankful and proud to say that Anglo today forms an integral part of the work of the college, specifically assisting the college with its job creation efforts. I sincerely appreciate this special relationship”.

Asked for comment, Deepa Patel, on behalf of Anglo American Chairman’s Fund, said, “We are proud to be supporting the SA College for Tourim, which continues to empower young women to become highly trained and employable within the hospitality management industry, locally and on the African continent.”

Education, Dedication And Commitment Are Key If Conservation In Africa Is To Succeed