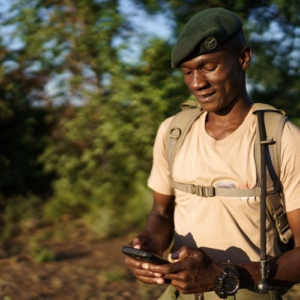 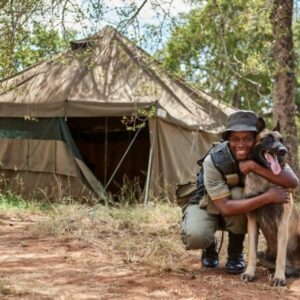 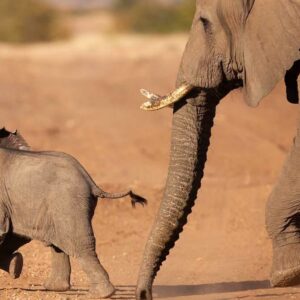 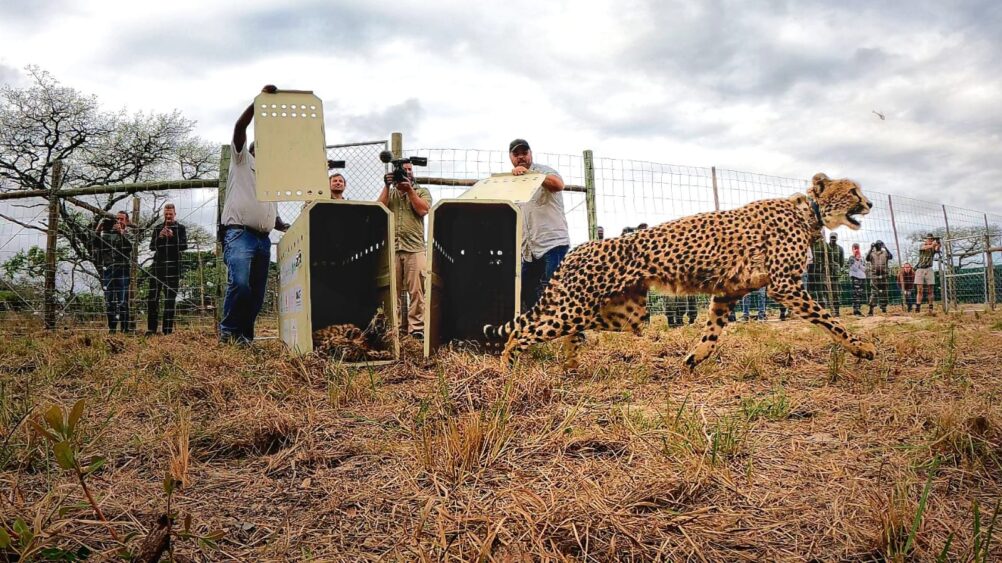 Cheetahs will soon grace the wildlife-rich plains of Maputo Special Reserve in southern Mozambique for the first time since the 1960s, as four of the threatened big cats – sourced from private game reserves in South Africa – have been transported safely to holding bomas within the reserve. They will undergo an acclimatisation period, before being released into the 104 200 ha reserve, completing this reintroduction of the world’s fastest land mammal.

The reserve is managed through a partnership agreement signed between Mozambique’s National Administration for Conservation Areas (ANAC) and Peace Parks Foundation in 2018. With support from Ashia Cheetah Conservation, the Endangered Wildlife Trust (EWT) and veterinary partner the Mozambique Wildlife Alliance, decades of combined experience were drawn upon to successfully complete this milestone translocation.

We have been committed to expanding and safeguarding the precious ecological assets of Maputo Special Reserve, a region that protects the best of Mozambique’s natural heritage. Through our partnership with Peace Parks, the reintroduction of cheetah is yet another historic conservation milestone in Mozambique and in the ongoing development of the reserve into a self-sustaining operation that generates revenue for the communities living in the area.

Two male cheetahs were flown in from the &Beyond Phinda Private Game Reserve in KwaZulu-Natal, whilst an adult female and her sub-adult female cub were flown from the Waterval Private Game Reserve (of which Botlierskop Game Reserves & Villas are custodians) near Kimberley in the Northern Cape. The cheetahs were donated by Ashia, which also covered the costs of the translocation, including transportation, vaccination and the fitting of tracking collars to monitor the big cats in their new environment.

The reintroduction of the cats into Maputo Special Reserve is part of an ambitious goal to establish a healthy metapopulation (a group of spatially separated populations of the same species which interact at some level) that contributes to the conservation of the cheetah (Acinonyx jubatus), a species which has been eliminated from 90% of its range in Africa, with an estimated population of only 6 600 individuals remaining.

Reintroduction of cheetahs into protected areas is one of the key strategies to reduce the risk of extinction, fuelled by habitat loss and events such as persecution, prey depletion and disease. We therefore welcomed the opportunity to partner with ANAC and Peace Parks, as well as the Cheetah Range Expansion Project of the EWT, to introduce cheetah into the suitable habitat of Maputo Special Reserve.

The rewilding programme is a vital component of the restoration and development of the reserve. Largely through funding support from the World Bank Mozbio Programme, almost 5 000 animals, including, buffalo, giraffe, impala, kudu, nyala, waterbuck, warthog, oribi, eland, blue wildebeest and zebra have been translocated here over the past decade. Total animal numbers are estimated at between 15 000 and 17 000 today, indicating the health of the natural ecosystems in the reserve and success in intensified management and protection activities. Under the partnership agreement, Peace Parks Foundation and ANAC have been jointly developing the reserve and the adjoining Ponta do Ouro Partial Marine Reserve, which protect a spectacular mosaic of inland, coastal and marine components. This is one of the few places in Africa where you can see elephants and whales on the same day.

Lying within one of the world’s 36 most biologically diverse and threatened ecosystems, Maputo Special Reserve is an essential component of the Lubombo Transfrontier Conservation and Resource Area, combining lakes, wetlands, swamp forests, grasslands and mangrove forests with a pristine coastline. 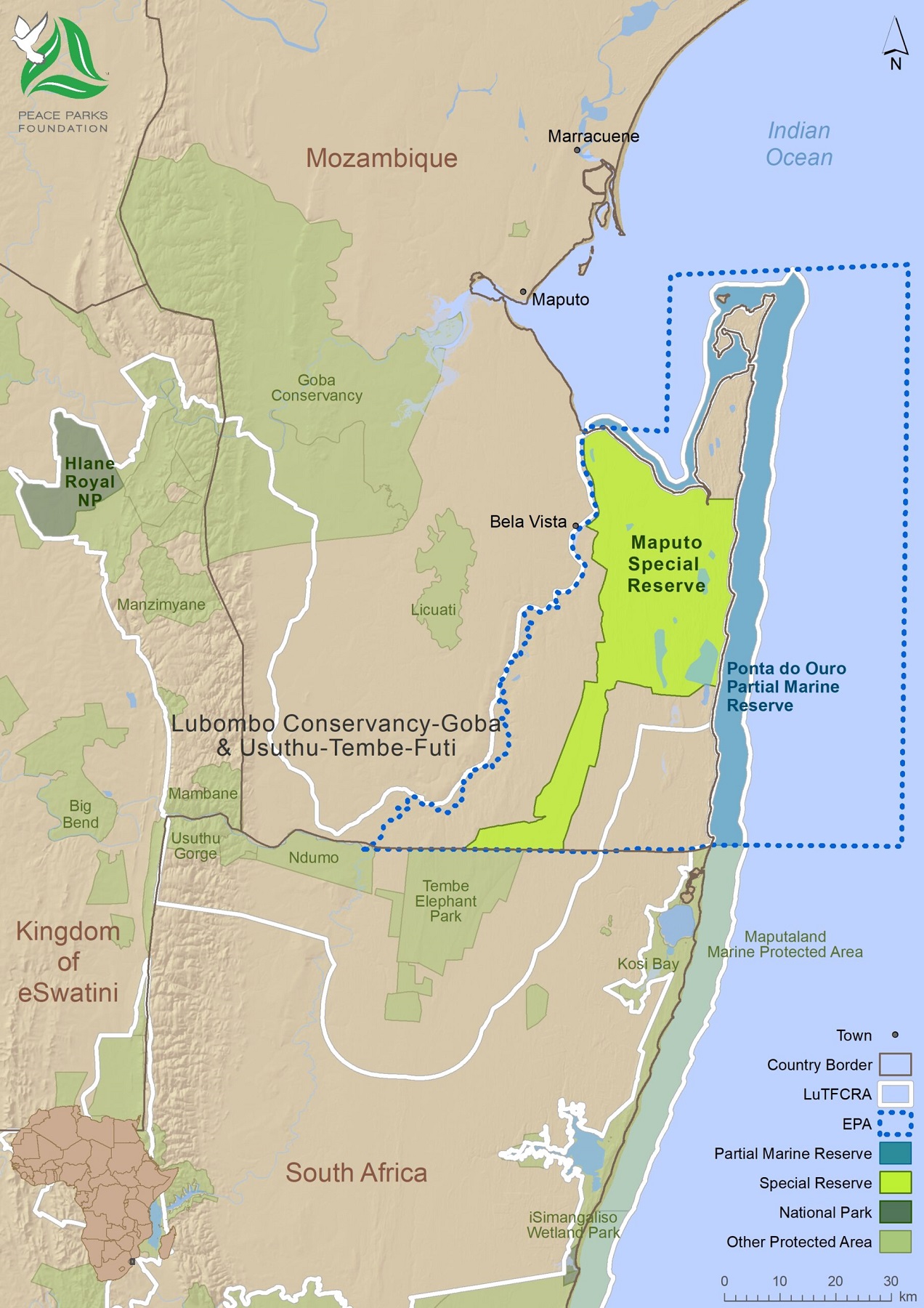 With plenty of prey and appropriate habitat in Maputo Special Reserve, the introduction of cheetah, which were extirpated from the region decades ago, was found to be suitable following a feasibility study from the EWT, which also managed the selection and relocation of the animals to Mozambique. This operation falls under the EWT’s Cheetah Range Expansion Project.

This represents our 26th Cheetah reintroduction over the past decade. Thanks to the efforts of ANAC and Peace Parks, there are now greater levels of ecological functionality in the protected areas of Mozambique. This has created safe spaces for the reintroduction of wild cheetahs within their historical range.

Bringing back predators to restore ecosystems

After a few weeks in the bomas, the cheetahs will be released into the reserve, after which time they will be carefully monitored on a daily basis by the reserve management, in partnership with the University of Eduardo Mondlane and the EWT.

Following the successful reintroduction of plains game, the translocation of predators to restored wilderness areas is a major new focus area for Peace Parks’ rewilding programmes in transfrontier conservation areas. In 2020, four hyenas were translocated to Zinave National Park. There are also plans to reintroduce other apex predators such as leopard and lion to various landscapes.

As Peace Parks CEO Werner Myburgh explains: “With the support of our partners, we are delighted to be playing a part in expanding the range of cheetahs, as part of our overall work in stabilising ecosystems and reintroducing carnivores to ecologically-restored landscapes. Not only is the rewilding programme in Maputo Special Reserve contributing to the reserve becoming a world-class wildlife and tourism destination, but restored ecosystems such as these are also critical carbon sinks to help contribute to mitigating climate change.”