A grand migration in the sky 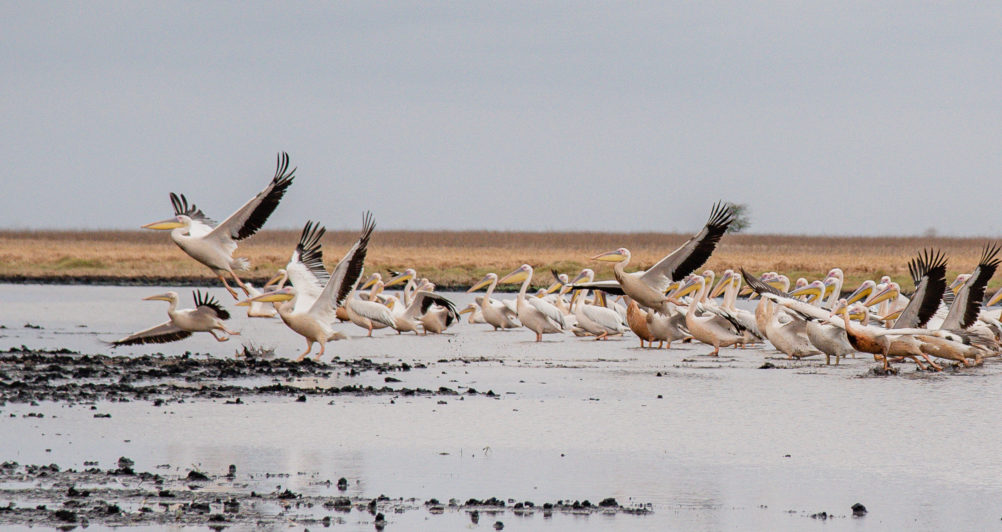 This World Migratory Bird Day we share with you the beauty of Banhine National Park – an important resting place for southern Africa’s migratory bird species. During the rainy seasons, the park becomes a myriad of crystal clear lagoons that attract large flocks of birds, such as pelicans.

Roughly half of the world’s bird species migrate, with more than 100 of these roaming species recorded in southern Africa. They are the most mobile creatures on Earth, undertaking epic journeys, often traveling tens of thousands of kilometers each year. Human activity over the past century has unfortunately increased the many hazards they face when crossing vast landscapes, especially large cities that fill the sky with confusing lights and unpredictable towers. Habitat loss, pesticides, and hunting or trapping on stopover grounds have also taken major tolls.

The survival of migratory birds depends on the availability of well-connected networks of habitats along their routes, which they use for feeding and resting. For more than two decades, Peace Parks Foundation has worked to restore ecological linkages across southern Africa for land, marine and bird life through the creation of transboundary conservation areas. Within the Mozambique components of the Great Limpopo Transfrontier Conservation area, Peace Parks is working in partnership with Administração Nacional das Áreas de Conservação to restore and protect Banhine, Limpopo and Zinave national parks that are part of an ancient migration route flowing down through the parks into South Africa.

In a time when humans are experiencing extreme social distancing and many are bound to their homes, birds remind us that we are still all connected. As they freely fly across our skies, we celebrate their role in keeping our ecosystems alive and let our imaginations follow them as they explore our planet.

Read more about the rediscovery of Banhine National park

Protecting against the pandemic in Simalaha