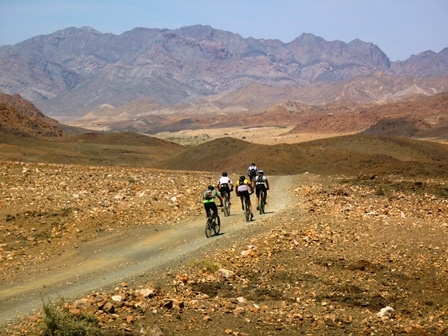 The October full moon provided the perfect send-off for a group of intrepid mountain bikers on their journey of approximately 300 km through the stark, desolate areas of the /Ai/Ais-Richtersveld Transfrontier Park. The tour is not for the fainthearted, as it entails five days of gruelling cycling up and down canyons, along gravel roads, and, most punishing of all, the sand dunes which tested the cyclists’ skills to the utmost.

The aim of the Desert Knights mountain biking event is to contribute towards the tourism development of the Transfrontier Park by showcasing the unique landscape characteristics and cultural heritage of the region. The area is renowned for housing most of the richest succulent flora of the world and the Orange River is characterised by striking endangered riparian bush. The Orange River mouth is a Ramsar site, and the 350-million-year-old erosion-rich lower Orange River gorge abounds with history, folklore and splendour.The traditional lifestyle of the Nama people is based on nomadic pastoralism, with the Richtersveld being one of the last regions where this way of life has been preserved.

What made the tour even more spectacular is that many kilometres were cycled in the moonlight, which lent an eerie stillness to the ride and allowed the cyclists to experience the true essence of the arid and desert mountain scenery.

The Desert Knights route offers participants an inimitable experience. From cycling through dry desert to canoeing down the Orange River. The canoeing section of the tour symbolises the true spirit of a transfrontier park as the cyclists, after being reunited with their bicycles, seamlessly crossed the border from Namibia into South Africa. 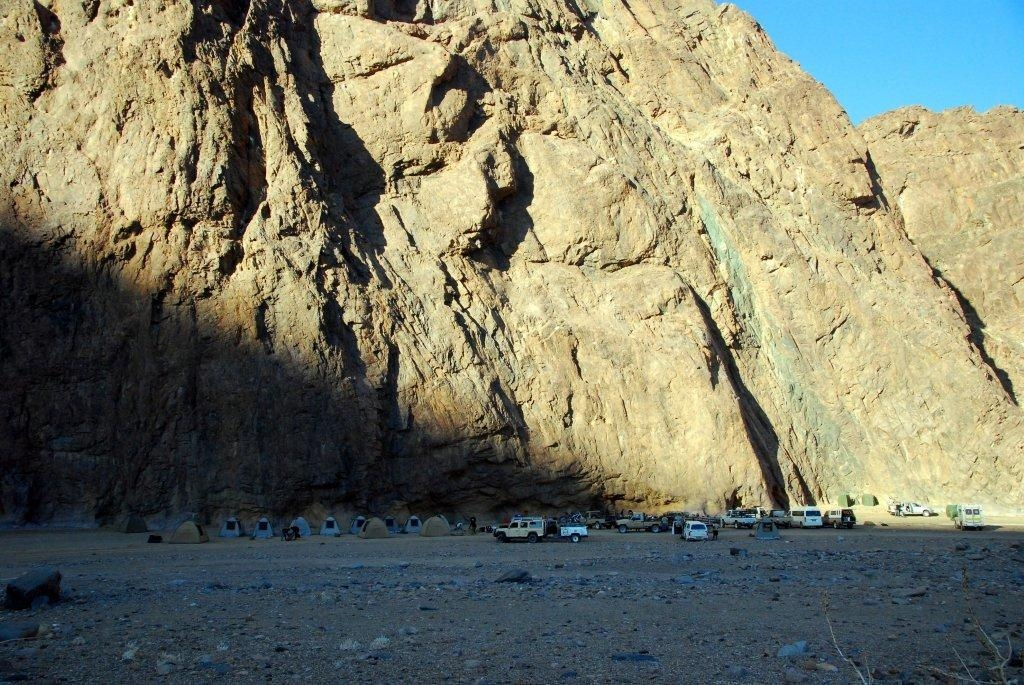 The tour took the cyclists through some spectacular canyons and mountain passes, e.g. Domrogh, Akkedis and Halfmens passes. On one of the evenings, after cycling in the Gamkab Canyon, the cyclists overnighted at the base of towering cliffs dwarfing the campers at its feet and giving a whole new meaning to the word “grandeur”.

However, it was not all aching thighs and cramping calf muscles. The cyclists were able to have a break from cycling while being transferred between De Hoop Campsite and the Gannakouriep Wilderness Camp in the Richtersveld. They visited several points of interest, which allowed them to experience elements of the mountain desert not normally accessible to cyclists because of distance and sand. This interpretative element highlighted the uniqueness of the Transfrontier Park as a conservation initiative of rare and endemic plants associated with the Succulent Karoo biome and a last remaining culture and lifestyle. It also highlighted the relationship between South African National Parks (SANParks), as the conservation manager, and the Richtersveld Community, as the owner of this contractual park, which will ensure that while income is being generated for the communities, the biodiversity of the park is being protected.

Desert Knights 2012 was a collaborative endeavour between the Namibian Ministry of Environment, Namibia Wildlife Resorts and SANParks, supported by the South African Department of Environmental Affairs, Boundless Southern Africa and Peace Parks Foundation.

Desert Knights 2012 was a good preparation for the larger event planned for 2013, when the tour will serve as a precursor to the Adventure Travel World Summit that will be hosted by Namibia during October 2013. Get your mountain bike wheels turning! 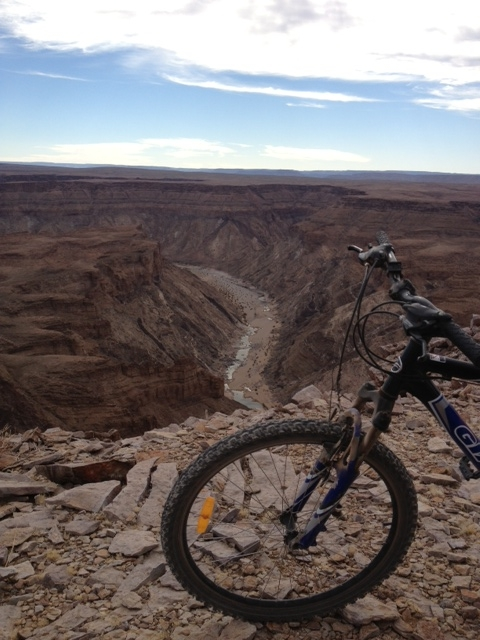